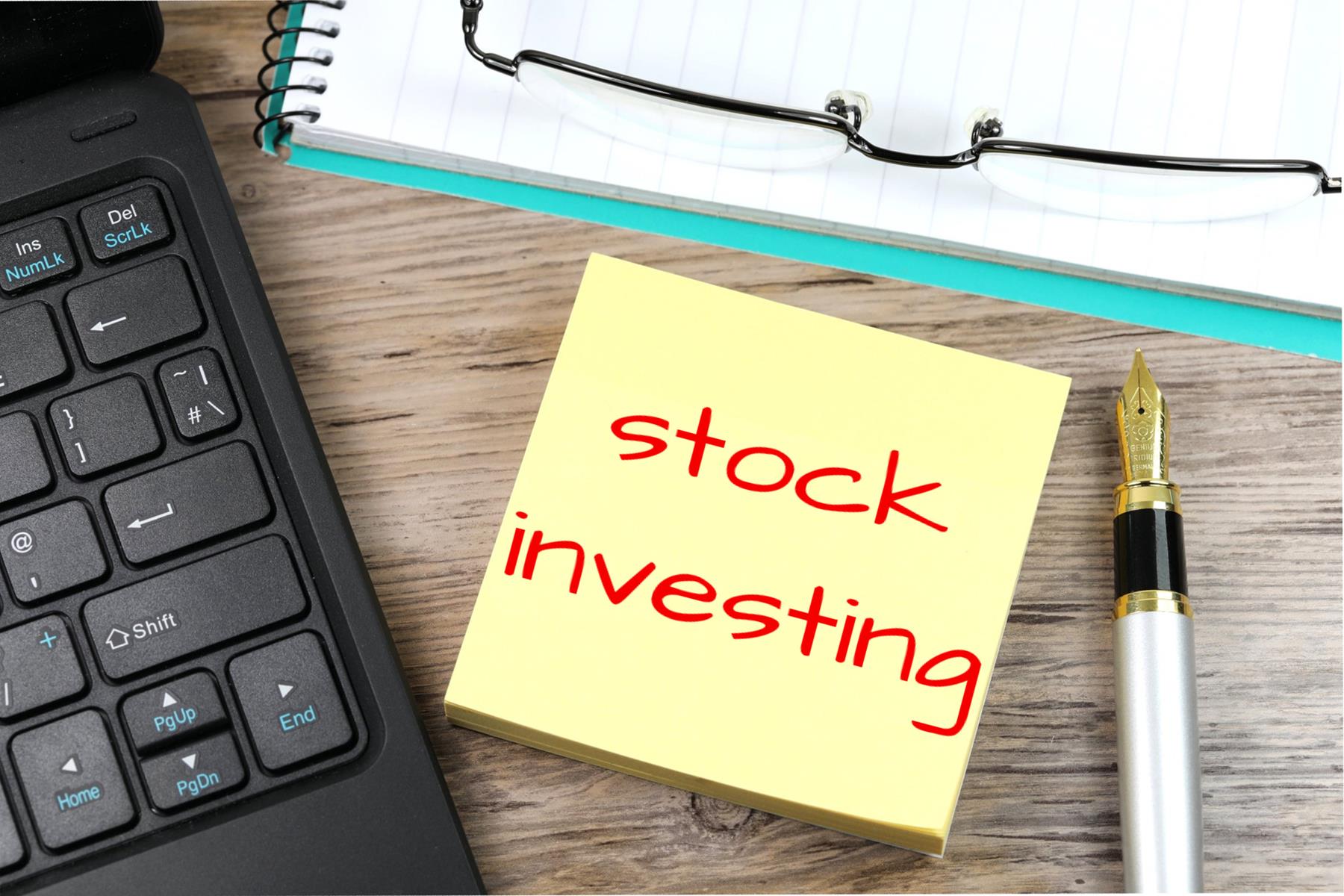 Over a period of time, blue-chip stocks tend to outperform the broader markets given their ability to produce attractive returns over long periods of time. These characteristics make blue-chip companies an investor favorite more so for conservative investors who look for avenues to put their capital to work.

In a nutshell, a blue-chip stock possesses the below attributes:

This makes blue-chip companies a top investment for all kinds of investors as their strong brand recognition, stable cash flows and solid financials allow them to outperform peers and create significant shareholder wealth.

Investors may also eye investing in exchange traded funds that provide exposure to blue-chip companies across sectors. One such ETF is the S&P 500, that provides you access to 500 of the largest companies south of the border.

Blue-chip stocks are also ideal for investors nearing retirement given a low risk appetite and low volatility in stock prices. Blue-chip ETFs remain attractive to young investors who are looking for defensive advantages and diversification or those who have limited knowledge when it comes to equity investing.

A conservative investor aims to derive stable returns over time and blue-chip companies more often than not help to achieve these long-term financial goals. They are better poised to handle economic downturns compared to smaller competitors that have less established businesses.

Several Canadian blue-chip companies pay an attractive dividend and have increased these payouts for several years, allowing investors to benefit from the power of compounding.

While you would always like to invest in growth stocks that are part of the technology, bio-tech, cannabis or the highly disruptive blockchain space, you also need to include blue-chip companies as a significant percentage of your overall portfolio due to the above-mentioned benefits.

Here we look at the top 10 Canadian blue-chip stocks that you can invest in right now:

The first company on the list is Canada’s energy giant Enbridge (TSX:ENB). This pipeline company has a diversified base of cash-generating assets that has allowed it to increase dividend payments at an annual rate of 10% since 1995. The recent downturn in crude oil prices has impacted ENB stock which means investors can benefit from an attractive forward yield of 7.21% right now.

While most energy companies were decimated amid the pandemic, Enbridge managed to increase its distributable cash flow per share and adjusted EBITDA year over year in 2020, showcasing the resiliency of its business model.

Enbridge’s cash flows are backed by long-term contracts and an investment grade balance sheet. The company will continue to invest in capital expansion projects as well as in renewable energy which in turn will help it support dividend increases in the upcoming decade. Enbridge in fact expects to increase dividend payouts between 5% and 7% in the near-term, making it a top pick for income investors.

Similar to energy companies, banking stocks were also under the pump last year as investors were worried about rising unemployment levels that will drive delinquency rates higher. A low interest rate environment would also impact the profit margins of banks including the Royal Bank of Canada (TSX:RY).

RBC is Canada’s second-largest company in terms of market cap and the largest bank in the country. It has survived multiple recessions and has strong fundamentals. In the quarter ended in January 2021, RBC increased its earnings by 11% year over year to $3.8 billion.

The company managed to generate higher fee-based revenue in its capital markets and wealth management businesses as well as strong client-driven volume growth in Canadian banking and City National. This offset the impact of interest rate cuts which hurt its bottom-line by $400 million.

In the January quarter, Royal Bank of Canada’s reported record results in its U.S. operations and generated over $2.5 billion in revenue as well as $650 million in earnings. It ended the quarter with a capital ratio of 12.5% and paid $1.5 billion in dividends. RY stock has a forward yield of 3.7%.

The third Canadian blue-chip stock on our list is Canadian National Railway (TSX:CNR). It operates a three-coast network of railroads and has managed to improve cash flows despite the ongoing pandemic. In 2020, Canada National Railway’s full-year revenue was down 7% but it reported record cash flows of $3.7 billion showcasing the management’s relentless focus on managing costs and improving productivity.

Over the years, CNR has managed to squeeze every drop of profit out of its revenue growth that has been modest to say the least. In the last 10 years, the company has grown its earnings by 56% and increased dividends for 25 consecutive years.

CNR stock currently pays a dividend yield of 1.7%. Further, its stock price is up 310% since April 2011 making it attractive to income and growth investors. In 2021, Canadian National Railway increased its dividends by 7% year over year. Further, its payout ratio of less than 50% makes dividends sustainable over the long term.

In case you are looking to invest in companies that are part of the renewable energy space, Brookfield Renewable Partners (TSX:BEP.UN) should be on the top of your list. This stock has generated annual returns of 18% to shareholders in the last two decades. In short, if you would have invested $10,000 in this stock 20 years back, the investment would be worth close to $300,000 today.

Brookfield Renewable has a portfolio of cash-generating renewable energy assets. It has 20 gigawatts of operating capacity. Hydroelectric accounts for 66% of its total capacity followed by wind at 28% and solar at 8%. Brookfield is fairly recession-proof as it enters into long-term power purchase agreements. Around 84% of its power generation is backed by long-term fixed-price contracts with investment-grade counterparties.

Similar to other Canadian blue-chip companies, Brookfield Renewable Partners also pays a dividend and has a forward yield of 4.6%.

Another Canadian midstream energy company is TC Energy (TSX:TRP) that has grown its dividends for 21 consecutive years. TC Energy stock currently sports a forward yield of a tasty 5.9%.

This company operates one of the largest natural gas pipeline networks in North America and transports one-fourth of the total natural gas consumed in the continent. Its liquids pipeline system transports about a fifth of all exports from the WCSB of the Western Canadian Sedimentary Basin.

Similar to Enbridge and Brookfield, TC Energy’s liquids pipelines as well as power and storage assets are also backed by long-term contracts. In fact approximately 95% of the company’s earnings originate from regulated or long-term contracted assets. TC Energy has steadily grown its bottom-line and operating cash flows in the last two decades, supporting its dividend growth.

A Canada-based media conglomerate, Thomson Reuters (TSX:TRI) is valued at a market cap of $45 billion and sports a forward yield of 1.8%. In the last 10 years, the stock has returned 173%. In the fourth quarter of 2020, company sales were up 2% while its adjusted EBITDA soared 33% indicating high operating leverage. Its EBITDA margin for 2020 stood at a healthy 33%. In Q4, the company’s adjusted earnings per share were $0.57 compared to its prior-year earnings of $0.37 per share.

In the next five years, analysts tracking Thomson Reuters expects to increase earnings at an annual rate of 18%. The company forecasts organic revenue growth between 5% and 6% in 2023. Its adjusted EBITDA margin is also forecast to increase to between 38% and 40% by 2023.

The improvement in EBITDA margin as well as with lower capital expenditure, Thomson Reuters expects free cash flow per share between $3.60 and $4 in 2023 significantly higher than the 2020 figure of $2.67 per share.

The telecom industry is also recession-proof similar to utilities, making Canadian giant BCE Inc. (TSX:BCE) a top blue-chip stock for your portfolio. BCE stock has diversified revenue streams and this moat provides the company with enviable growth prospects as well as stability. BCE stock is trading at $57.7 per share indicating a forward yield of 6.1%.

The upcoming transition towards 5G will be one of the key drivers for BCE’s top-line growth allowing it to generate a predictable stream of cash flows going forward.

Investing in gold mining stocks is a good option if you are bullish about rising gold prices. Historically, gold prices have an inverse relationship with interest rates and the U.S. dollar. The Federal Reserve is expected to keep interest rates low in the near term and quantitative easing measures might also pressurize the U.S. dollar, which suggests gold prices might gain momentum by the end of 2021.

These factors should make you consider Canada’s gold mining giant Barrick Gold (TSX:ABX). The company ended 2020 with a record annual free cash flow of $3.4 billion and its also debt-free. Barrick Gold pays a dividend of $0.09 per share each quarter indicating a yield of less than 2%. The mining giant sold over $1.5 billion in non-core assets last year improving its liquidity and cleaning up its portfolio.

The first tech company on the list of Canadian blue-chip stocks is Constellation Software (TSX:CSU). In the last 10 years, CSU stock is up a whopping 4,400% creating massive wealth for long-term shareholders. Further, if you would have invested $2,000 at the start of each year since the company went public (in 2006), your investment would be worth close to a million dollars today.

In the fourth quarter of 2020, CSU increased revenue by 14% while its earnings grew by 62% year over year. It has managed to assemble a diversified portfolio of software companies and serves over 125,000 customers in more than 100 countries.

The final company on our list of Canadian blue-chip stocks is Fortis (TSX:FTS)(NYSE:FTS). The utility giant serves over 3 million customers across Canada, the U.S. and the Caribbean. Fortis stock is currently trading at a price of $55 per share indicating a forward yield of 3.7% given its annual dividend of $2.02 per share. In the last five years, Fortis has increased its dividends at an annual rate of 6.13%.

The company had just $390 million in assets in 1987 and this figure has increased to $55 billion at the end of 2020. Around 99% of the company’s assets are regulated allowing Fortis to generate stable cash flows across economic troughs and booms. In the last 20 years, Fortis stock has generated annual returns of 13% to shareholders making it one of the top dividend companies in the TSX.

In the next five years, Fortis is expected to spend $19.6 billion in capital expenditure allowing it to increase dividend payouts at an annual rate of 6% through 2025. The company expects to increase its low-risk rate base at a CAGR of 6% from $30.5 billion in 2020 to $40.3 billion in 2025.