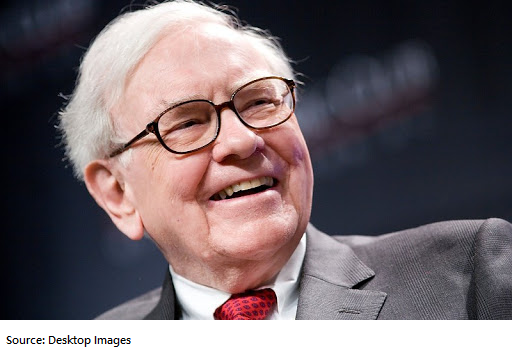 Warren Buffett is considered the world’s top investor of all time and for good reason. Buffett, also known as the Oracle of Omaha has managed to outperform the broader markets and generate multi-fold returns over the last five and a half decades.

Over the years, Buffett has imparted wisdom to the layman investor, and his outlook on investing remains just as relevant today. Here we look at five such Warren Buffett quotes on investing that should help investors.

This is probably Buffett’s most famous quote. What he literally means is that equity markets have the ability to create massive wealth in the long-term. So, any market correction should be viewed as a buying opportunity.

For example, the S&P 500 tanked 36% in March 2020. If you would have bought the index at its multi-year low, your investments would be up close to 50% in less than six months. While it remains impossible to time the market, focusing on incremental investing whenever markets crash or when there is widespread fear is a good strategy to outperform most investors.

Alternatively, you should also be wary when investors are extremely optimistic and this “greed” is not supported by fundamentals.

Here Warren Buffett advises that just because a stock is trading at a cheap valuation, does not make it a good investment. It would prudent to invest in stocks that are expensive but have stronger financials and the ability to sustain growth and expand profit margins.

Apple recently hit a two trillion-dollar valuation which means its forward price to sales multiple is 7x. However, Apple can justify its high valuation as it has multiple business segments that are growing aggressively.

Apple is among the top players in its hardware and wearables segment. It has several subscription services such as Apple Care, Apple Music, Apple TV+, and Apple Arcade. You know that Apple will continue to expand its ecosystem which in turn will result in recurring sales.

On the other hand, investing in beaten-down companies in the energy space, that are trading at a discount comes with certain risks. The underlying macro uncertainty and the ongoing price war between oil producers are short-term headwinds. However, the transition towards renewables might make several oil companies irrelevant in the near future.

3. Someone’s sitting in the shade today because someone planted a tree a long time ago

Warren Buffett is a huge fan of long-term investing. The power of compounding cannot be understated and the Oracle of Omaha is a huge advocate of buy-and-hold investing. While you can make money when markets are volatile, this strategy carries significant risks.

You need to identify a portfolio of top-performing companies and invest with a 10-year horizon. If you invested $1,000 in Shopify’s IPO you would have returned well over $50,000 in just five years. A similar investment in Amazon and Netflix would have returned over $20,000 in the last 10 years.

4. If you like spending six to eight hours per week working on investments, do it. If you don’t, then dollar-cost average into index funds

Investing is not easy and requires a ton of research. However, few people have the time, knowledge, and expertise to invest in the equity markets. The best alternative is to identify a low-cost index fund suited to your needs and making regular payments to build long-term wealth.

While index funds such as the S&P 500 do not provide the excitement of holding Apple or Amazon shares, they provide enough diversification and reduces your risk significantly. The S&P 500 Index has more than doubled in the last decade and also provides dividends of 2% which results in passive income.

5. For 240 years it’s been a terrible mistake to bet against America, and now is no time to start

Warren Buffett remains bullish on the U.S. economy which makes investing south of the border a solid option for millions of Canadians as well. According to Buffett, there will be near-term headwinds such as the COVID-19 pandemic but over the long-term, you need to bet on the U.S. which is the world’s largest economy.

He emphasized, “In the 20th century, the United States endured two world wars and other traumatic and expensive military conflicts; the Depression; a dozen or so recessions and financial panics; oil shocks; a flu epidemic; and the resignation of a disgraced president. Yet the Dow rose from 66 to 11,497.”