Home » Investing » A Look at Rivian Stock Price Prediction for 2025 

A Look at Rivian Stock Price Prediction for 2025  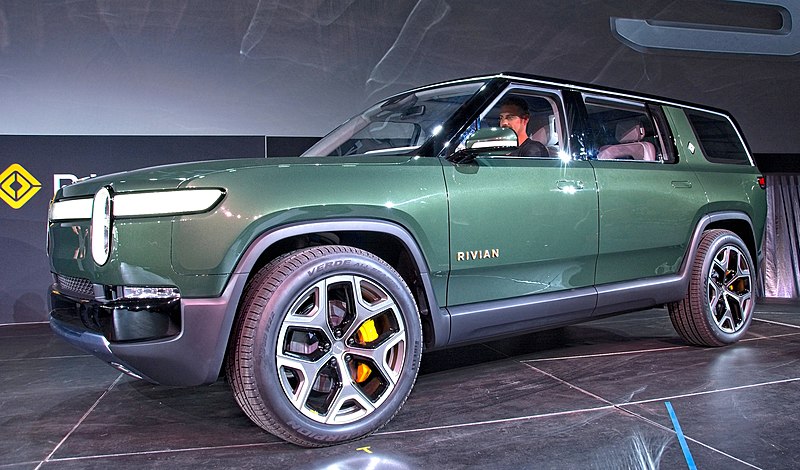 Rivian (NYSE:RIVN) was one of the hottest initial public offerings (IPOs) in 2021. The company raised close to $12 billion in its IPO, which was a record for the last year and the largest capital raise in the United States since Facebook went public nine years back.

Rivian priced its IPO at $78 per share. Due to bullish market sentiment, RIVN stock touched a record high of $179.47. However, the stock markets tumbled soon after due to a variety of macroeconomic challenges, including rising interest rates, red-hot inflation, supply chain disruptions, and Russia’s invasion of Ukraine.

Rivian stock price fell to a 52-week low of $19.25 in July before recovering to its current trading price of $34.5. Shares of Rivian are trading 80% below record highs burning massive investor wealth. But can Rivian stock price move higher and recover its losses in 2022 and beyond?

What is Rivian, and what does it do?

Rivian is a California-based electric vehicle manufacturer. It sells the R1S SUV and the R1T pickup truck, and electric vans. Backed by Amazon and Ford, Rivian provides fleet services for vehicles that run on the latter’s operating system.

Will Rivian be a successful bet?

Rivian is part of a rapidly expanding addressable market as battery-powered vehicles are poised to gain massive traction in the next few decades. While a nascent market attracts competition, the EV space is big enough to allow multiple players to enter the vertical and thrive over the long term.

Rivian will have to create a robust ecosystem of products to benefit from recurring sales over the long term. Right now, the company has its charging network and provides insurance services which diversify its revenue base.

Alternatively, Rivian will have to fight off competition from heavyweights such as Tesla and Ford, among several others, to gain market share over time.

At its 52-week high, Rivian’s market cap stood at over $150 billion. At the time of writing, Rivian stock is valued at $30.4 billion. Analysts tracking RIVN stock expect the company to report sales of $6.44 billion in 2023.

So, Rivian is valued at a price to 2023 sales multiple of 5x, which is quite steep due to the uncertainties surrounding the company. Let’s see what might negatively impact RIVN stock price at the back end of 2022.

Automobile manufacturing is a capital-intensive business and requires significant cash reserves. While Rivian ended Q2 with $15 billion in cash, it spent $1.6 billion in the June quarter to expand its manufacturing capabilities, indicating an annual cash burn rate of $6.4 billion. Comparatively, its sales stood at just $364 million in Q2 of 2022.

Wall Street expects Rivian to burn over $20 billion in cash through 2025, which suggests the company will have to raise capital by the end of 2023 or in the first half of 2024. If Rivian raises equity capital, it will dilute shareholder wealth, while debt capital is costly due to rising interest rates.

A key metric for automobile producers is vehicle production numbers. Since the onset of COVID-19, the world has wrestled with supply chain disruptions due to lockdowns and labor shortages, impacting production figures for auto manufacturers.

Rivian had earlier forecasted to produce 25,000 vehicles in 2022. In the first six months of the year, its total vehicle production numbers stand at 6,900, making investors nervous.

The EV company has reiterated its production outlook for 2022, but investors will be waiting patiently to see if these lofty promises are fulfilled.

What is the price prediction for Rivian stock?

According to forecasts from Morgan Stanley, Rivian stock price might touch $147 in 2023.

RBC Capital Markets expects RIVN stock price to touch $165 in 2023, and the investment bank is optimistic about the EV marker, which is backed by tech heavyweight Amazon.

Bank of America estimates Rivian stock to trade around $170 in 2025.

There is a good chance for Rivian shares to surpass $200 by 2030, given the secular tailwinds impacting the EV vertical.

The bull case for Rivian stock

While Rivian’s losses accelerated in Q2, the company is taking steps to lower its cost structure, despite having a war chest of more than $15 billion. Rivian aims for production at its second factory to begin in 2024, while the R2 vehicle platform will ramp up in 2025.

Yes, the macroeconomic scenario is challenging, but Rivian has reaffirmed production guidance for 2022, which is quite impressive. But the company will have to triple production in the last six months of the year to meet these targets.

The preorders for the R1 pickup truck and SUV have more than doubled in the last three quarters. While these orders can be canceled, it also shows strong demand for Rivian’s EV line-up. Further, Amazon has also pre-ordered 100,000 vehicles which will be delivered through 2030.

Investors with a longer-term outlook should be comfortable with Rivian’s order book for its line-up of consumer and commercial vehicles.

The bear case for Rivian stock

Investors remain worried about Rivian’s high-cost base as the company might report a loss of $5.4 billion in 2022, up from the earlier figure of $4.75 billion.

Though Rivian is expanding its production rapidly, its costs and losses continue to gain pace. Rivian expects to maintain its cash reserves until its mega factory in Georgia begins production, which will take at least two more years.

Once the factory is operational, Rivian will be able to manufacture 400,000 vehicles each year and benefit from economies of scale.

Similar to most other growth stocks, Rivian is a high-risk, high-reward option. It will crush the broader market returns if the company can successfully scale its business while optimizing costs and leveraging growth opportunities in the upcoming decade.

Rivian has vehicles for the consumer and enterprise market but still has a lot to prove, given current market conditions.

Is Rivian stock a good buy?

Rivian may be a good buy for those with a high-risk appetite.

Most equity investments are volatile in the short term. But over time, shares of Rivian may derive outsized gains.

Why is Rivian stock so low?

Rivian stock price is down 80% from all-time highs due to its steep valuation and broader market weakness.

Yes, Rivian stock is still overpriced and may move lower if bear market sentiment continues to weigh on investors.

What is the price prediction for Rivian stock?

Will Rivian stock recover in 2022?

Rivian stock may recover by the end of the year, if the macro environment improves.

What will RIVN stock be worth in 5 years?

It’s possible for RIVN stock to trade at around $500 in the next five years.

Yes, Rivian stock is listed on the NYSE with a ticker code of RIVN.

What is Rivian stock price prediction for 2025?