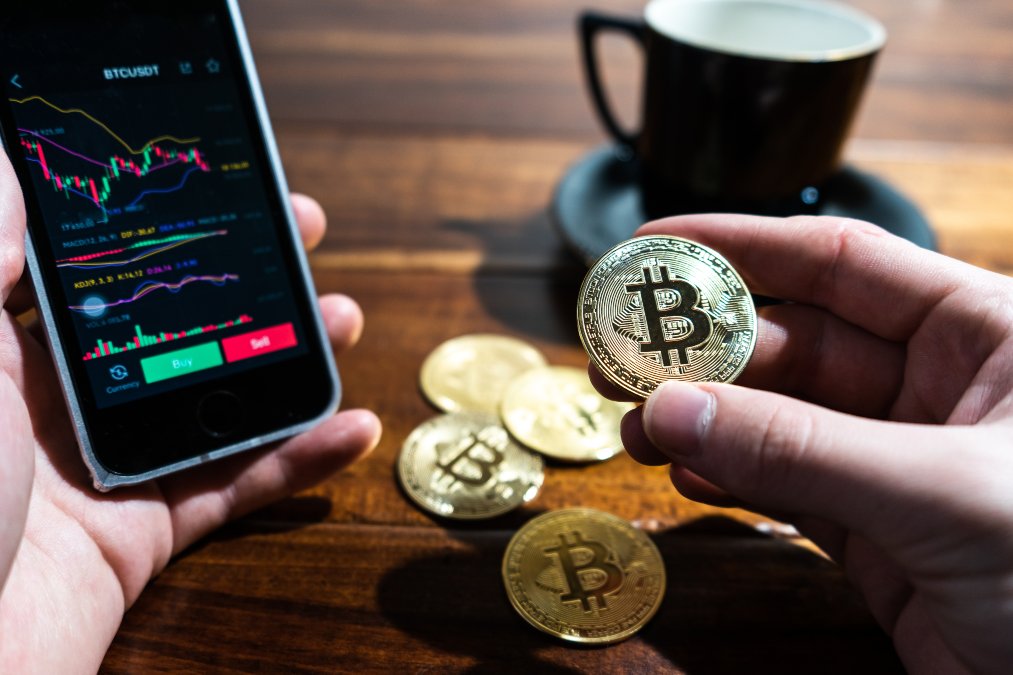 The cryptocurrency market is currently valued at a market cap of over US$1.6 trillion at the time of writing. In the last two years, widespread adoption of these digital assets has driven prices of the underlying tokens higher rapidly. Due to the rising popularity of this alternative asset class, one of Canada’s most popular brokers, Wealthsimple, expanded its product portfolio to include buying and selling of cryptocurrencies.

While you can buy more than 40 digital tokens on the brokerage platform, let’s take a look at the top five cryptocurrencies that can be purchased on Wealthsimple Crypto right now.

The world’s largest cryptocurrency, Bitcoin, is valued at a market cap of $736 billion and accounts for 40% of the total crypto market. Bitcoin has enjoyed a first-mover advantage as it was the first-ever cryptocurrency to be launched back in 2009. The price of one BTC token has surged by 3,100% in the last five years despite losing 45% in market value since November 2021.

Bitcoin is viewed as a store of value and a hedge against inflation, given the total number of BTC tokens will be limited to 21 million.

The world’s second-largest cryptocurrency is Ethereum, which is valued at a market cap of $328.5 billion. The ETH token has gained popularity due to the ability of its blockchain network to create and execute smart contracts. Basically, smart contracts are computer programs that run automatically when certain conditions between two parties are met.

The widening use cases of the Ethereum network have increased the number of transactions executed on its platform to 1.2 million in 2022, up from 200,000 in 2017. Further, TokenTerminal.com data indicates Ethereum bought in $6.5 billion via protocol decentralized application revenue since September 2021.

Valued at a market cap of $11.24 billion, Polygon is the 16th largest cryptocurrency in the world. It’s a layer-2 network or a sidechain built for Ethereum transactions. Polygon’s core component is Polygon SDK, a modular, flexible framework that enables developers to create multiple applications.

Backed by cryptocurrency exchanges such as Coinbase and Binance, Polygon aims to encourage mass adoption of cryptocurrencies by solving blockchain issues related to scalability. The price of its underlying token, MATIC, rose by 25,000% in 2021 and is currently down 50% from all-time highs.

One of the most popular cryptocurrencies globally, Solana is valued at a market cap of $28.46 billion. Also known as the Ethereum killer, Solana’s blockchain network is high-speed and cheap. Similar to Ethereum, users can create smart contracts on Solana’s network as well.

The last cryptocurrency on my list is Avalanche, valued at a market cap of $19.55 billion. Avalanche has incorporated the EVM or Ethereum Virtual Machine, which developers use to create decentralized applications on Ethereum’s blockchain.

Ethereum is the most popular platform and has brought in more dApp protocol revenue than any other network. But, Avalanche can now offer access to the EVM at a much lower fee and higher transaction speeds.